I had been thinking about using a painting as the background for a painting for a long time. I found a perfect opportunity with the crystal skull painting called Tides, I used a moon painting that I was working on called Sea of Clouds for the background and some tinny shells for the foreground. The color, scale, and textures are great in this painting. Tides along with several other works were in a wonderful group show at Susan Inglett gallery.

This work was used as an album cover for the band Minks for there 2014 album called tides end. (inglettgallery.com/images.php?id=108&year=2011) 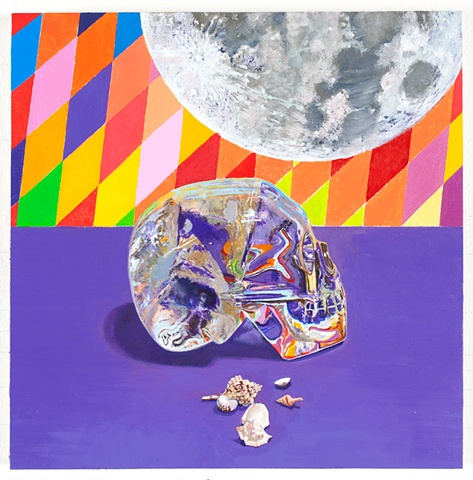